They are perennial plants which typically bear biennial stems (“canes”) from the perennial root system. In its first year, a new stem grows vigorously to its full length of 3-6m, arching or trailing along the ground and bearing large palmately compound leaves with five or seven leaflets; it doesn’t not produce any flowers. In its second year, the stem does not grow longer, but produces several side shoots, which bear smaller leaves with three or five leaflets. Both first and second year shoots are usually spiny, usually with numerous short curved very sharp spines (spineless plants also occur). The flowers are produced in late spring and early summer of short racemes on the tips of these side shoots, each flower about 2cm diameter with five white or pale pink petals. The new primocane fruiting blackberries flower and fruit on the new growth. The fruit, in botanical terminology, is not a berry, but an aggregate fruit of numerous drupelets ripening to a black or dark purple fruit, the “blackberry”. Unmanaged mature plants form a tangle of dense arching stems, the branches rooting from the node tip when they reach the ground. They are vigorous, growing at fast rates in woods, scrub, hillsides and hedgerows, covering large areas in a relatively short time. It will tolerate poor soil, and is an early colonist of wasteland and building sites.

The early flowers often form more drupelets than the later ones. This can be a symptom of exhausted reserves in the plant’s roots, marginal pollinator populations, or infection with a virus such as Raspberry bushy dwarf virus (RBDV). Even a small change in conditions, such as a rainy day or a day too hot for bees to work after early morning, can reduce the number of bee visits to the flower, thus reducing the quality of the fruit. The drupelets only develop around ovules which are fertilized by the male gamete from a pollen grain. 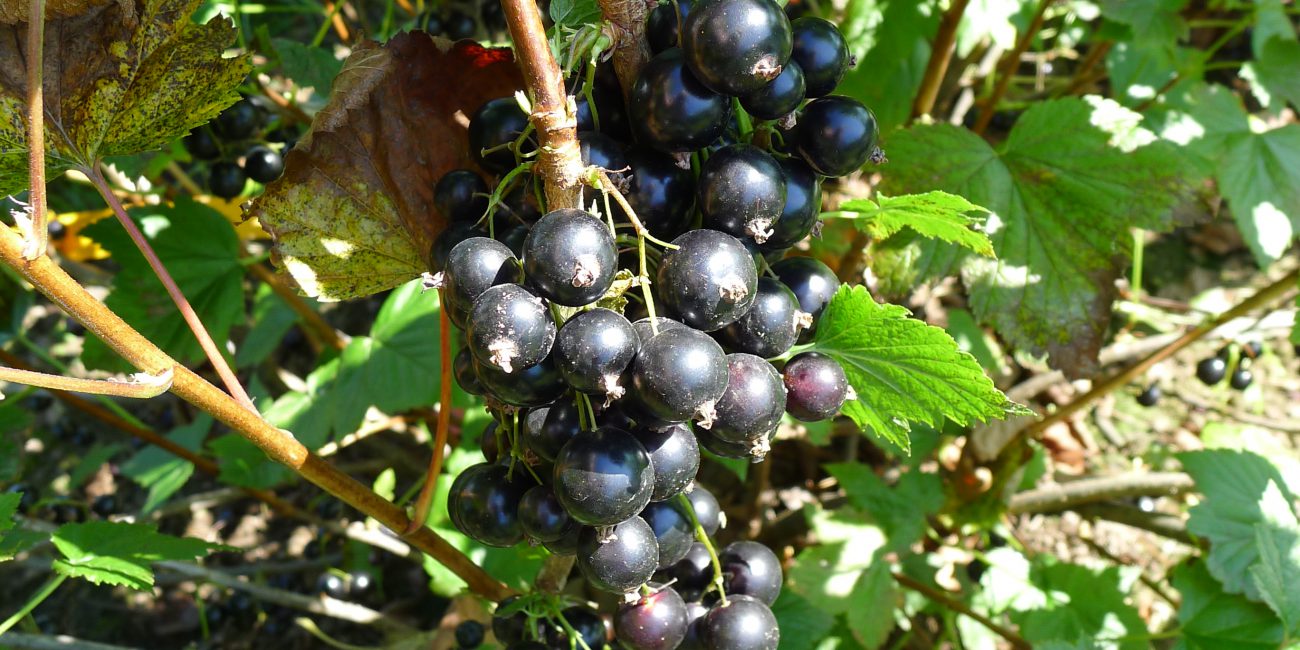